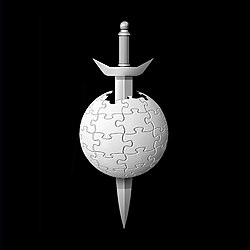 Terra Magnus is a alternate reality set within the Landmark Universe. A violent, warlike empire ruled by malevolent transhumans, Terra Magnus is the "dark twin" of the Planet Earth, a hellish dominion bent on universal conquest. In recent years, the Terran Imperium has developed trans-dimensional technologies, allowing them to access a number of "Quantum Universes" including our own. Plans are currently underway for a full-scale invasion of Earth Prime, using Chamberlain City as the primary spearhead.

In this universe, many of the Landmark super heroes have malevolent dopplegangers; for example, Excelsior is a vicious despot, Tachyon is a weapon of mass destruction, Major Triumph is a Neo-Nazi and Moon Maiden is mass murderer. Only the Masque seems to have remained unchanged, having much the same personality (or lack thereof) in both realities.

Retrieved from "https://icons.miraheze.org/w/index.php?title=Terra_Magnus&oldid=2651"
Categories:
Cookies help us deliver our services. By using our services, you agree to our use of cookies.